Envelopes, Print and Paper - Where Do We Go From Here? 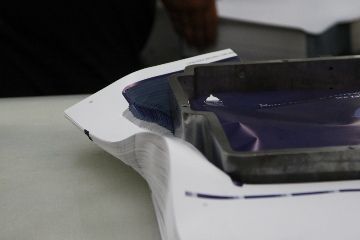 OK, let’s start with some good news:  the pandemic is over. Upwards of 80% of adults in the US have gotten at least one shot of the miraculous vaccines developed in record time. Omicron has come and mostly gone.  Sporting events are back along with live music. Schools are in session and business is booming in many sectors.  Sure, we’re going to have to deal with the Covid virus indefinitely but the worst of it is behind us and hopefully we’ve learned some things along the way that will serve us well in the future.

But, just when it’s safe to resume normal life, the aftershocks of the lockdowns are causing tremendous disruption in the supply chain. One of the worst ones, and one which has affected anyone in the envelope or printing industry is the shortage of paper. When an envelope company is told they can’t get #9 or #10 envelopes, it’s like the local ice cream store running out of chocolate and vanilla!

Beginning around September of 2021 and continuing through this writing in February of 2022, the shortage of paper has been wreaking havoc in printing, mailing and envelope markets.  I’ve heard various reasons given but the most sensible ones revolve around the lockdowns and the effect they had on depressing demand in the economy. As a result, many key personnel lost their jobs and when the economy started heating up again, the supply couldn’t keep up with the renewed demand. This affected not only factory workers in paper mills but also truck drivers and many others employed in companies that make seal gum, corrugated cartons, poly window patch material and more.

The enormous increase in government spending, especially the trillions spent at the Federal level resulted in an inflationary spiral which has caused increases in not just paper, but pretty much all other materials involved in the manufacturing process as well as transportation which is coping with much higher gas and diesel prices.

Suppliers of paper, envelopes and printing are all scrambling to cope with these developments.  Most of the business owners I speak with are saying they are very busy – a good thing for sure – but having to deal with the supply chain issues makes every day a greater challenge to say the least. At Elite, we have reluctantly begun turning down some of the opportunities for new business we get daily because we simply don’t have the capacity and stock.  Many other companies, some that we deal with, are doing the same. This just creates further logjams in the market which may well set back the eventual return to normalcy that we all hope for.

What things might look like at the end of 2022 is hard to tell.  My gut says that because lead times are already so stretched out (some companies we deal with are quoting September/October deliveries for jobs coming in now), it’s going to be a long time before plants have the capacity to start replenishing the stock pipelines unless, of course, they add to capacity and hire new staff.  But even if they do, it will take some time to ramp things up to the point where basic commodities are readily available.

And another wildcard for the future is the effect that significantly higher paper prices will have on demand.  Direct mail currently has an advantage over digital marketing communication because, as studies repeatedly show, it generates a greater return on investment despite its higher costs.  But that’s based on current pricing levels.  The price of paper has increased significantly in the past year.  What’s the tipping point when those added costs which must be passed along to customers in the form of higher prices make direct mail uncompetitive?  Will paper prices start to decline a bit once a market equilibrium is reached?  Or will inflation raise the prices of the alternatives to mail to a point where the price relationship between the two is relatively the same?

I’d love to hear your thoughts on these important topics.  In the meantime, buckle up!