The Value of Paper 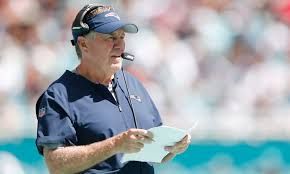 I was watching the Patriots game with my sister this past Sunday.  She’s a Giants fan but we were at my house and she’s a very polite guest. When the camera panned to Bill Belichick it showed him in his customary position and posture, looking serious and writing notes in a pad. My sister commented how unusual this seemed (not that he was looking serious, that’s normal) that he was actually writing stuff down rather than typing in a tablet or some other digital device.

I told her that this was normal behavior, but we also got into a discussion about the pros and cons of writing on paper versus the digital alternative. It seemed that while there were some pluses on the digital side, most notably the fact that whatever he was typing was automatically stored for future reference, writing on a pad in this case seemed more practical; faster, easier, less susceptible to glare.

As we Pats fans know, the coach is often sardonically dismissive of social media; referring to “Instaface” and “MyBook” etc. on a regular basis. He’s an old-school guy who prefers the written page.  But is the reliance and comfort with paper just a generational thing?  Will paper become obsolete when those of us who grew up with it are not longer around?

I think not, and here’s why:

A few years back I was reading an article in the Wall Street Journal about a digital business conference and how all the young techies had business cards to hand out.  When asked, a few said the same thing, that the business card was essential. Of course, they all had smart phones, presumably with all the latest apps. But one of them remarked that not having a business card was tantamount to “not existing” professionally.

Paper, books, magazines, envelopes and print co-exist nicely with the digital world. They provide a nice balance and a reminder of things that are more lasting and often permanent.