What an Envelope Says 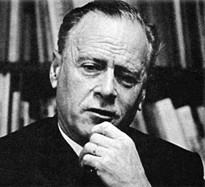 In 1964 when Marshall McLuhan wrote the famous phrase, “The medium is the message”, he was suggesting that the carrier of the message could actually convey a message of its own.  He was mostly writing about television and how that technology was changing the culture by bringing more people into a common area in which to view and digest information.

McLuhan would have a field-day writing about the Internet which has taken this concept and run wild.  By some estimates, over three-quarters of American households own computers. If you add mobile computing devices, I’m sure that figure is much higher. Today, just about everyone is wired and accessing digital content of some type.

However, unlike television in the 1960’s which featured a small number of programming options and news filters, the worldwide web has millions of sites and information sources from which to choose.  The number of options, while helpful in many instances, can be overwhelming. When a device, in this case the human brain, becomes overwhelmed it usually shuts down.  Add to this the large number of e mail and text messages that are received and sent in a given day and you have a prescription for information overload.

Basic economics teaches us that when a commodity becomes plentiful, the price and hence the value diminishes unless the demand continues to outpace the supply. If we view information as the commodity, I believe what we are seeing in large sectors of American society is the cheapening of communication.  There’s so much of it that the individual messages are getting lost or simply disregarded.

So what does all this have to do with envelopes?  Well as digital communication becomes ubiquitous and less valuable it follows that written communication, the kind that comes inside envelopes in your non-virtual mailbox looks better by comparison. It hasn’t been very long since there were regular outcries from individuals and groups about being inundated with “junk mail”.  Interesting that you don’t hear much about that anymore!  Most of the crying is done about spam and spammers (justifiably in my opinion –it can be highly annoying as anyone who’s been plagued in this way will attest).

I’ve written about how sending hand-written notes to people in a business context can really get their attention these days.  Personalized direct mail can serve as a reasonable surrogate to that approach. When the content is relevant and interesting along with high-quality printing and clever design there will be a reasonable curiosity that will cause many folks to open and take a gander.

And yes, I meant “open” as in take it out of the envelope. Sure I’m biased but I think that postcards or other non-envelope flats don’t carry the same air of anticipation. You really don’t know what’s inside the envelope till you open it and there’s something in all of us that likes a surprise.  Just taking the extra time, care and expense to put something in an envelope says something positive about your mailing which the recipient will intuitively understand; another example of the McLuhan insight where the medium becomes part of the message.