Small Quantity Envelope Converting - Does it Make Sense for Printers? 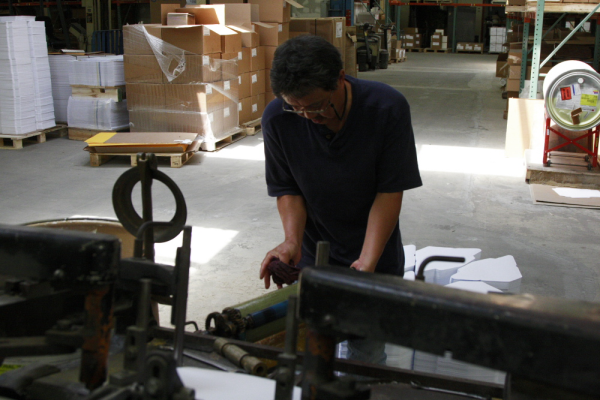 Envelope converting can be tricky. As I’ve explained in a number of previous posts, there are specific ways to go about it and pitfalls to avoid.  Over the years I’ve found that some printers will avoid taking orders from their customers that would entail envelope converting because of uncertainty about the process and a lack of confidence in the outcome.  I suppose I shouldn’t complain because many of those printers tell me this after they’ve referred their customer to deal with us directly. However, I always tell the printer that he’s losing out on a potential order for no good reason.

There are some envelope companies out there that can make the rest of us look bad. I suppose that’s true in any industry.  In the envelope world, there are many companies with the word envelope in their name which are not actual manufacturers. They will typically print envelopes but any converting will have to be outsourced.  Sometimes the personnel at these companies are not familiar with the process so getting a converting order from one of their customers can result in some communication problems which can, in turn, lead to a bad outcome.  At Elite, we know the right questions to ask so that usually doesn’t happen. But in general it’s better for a printer to deal directly with a converter if you want the job done properly.

Which leads me to the question du jour: What if I only need a thousand or so of a four color envelope?

Well the short answer is, no problem. With four-color, short run digital printing now so commonplace, the demand for a thousand or two #10 envelopes to go with a letterhead order is increasing. Printers can run  #10 diagonal seam regulars one up on an 11 x 17 sheet or 2 up on a 12 ½ x 19 sheet on a digital press and send them over for converting for a reasonable lot charge.  At small quantities this is more economical than setting up the job on an offset press and it allows for the printing to match on all components which is important.

So printers, don't hesitate to take that order which includes a small quantity of four color envelopes. Find yourself a good converter and once you've done it a couple of times, you'll see that it can be a fairly straightforward process.  It just might open up a new source of business for you. These days, that's nothing but good.

I’d be interested to hear about any of your small run converting experiences.