Rush Orders in the Envelope and Printing World 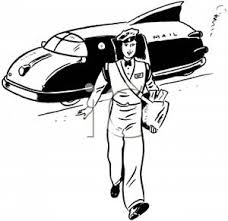 According to Wikipedia,  the first recorded mention of the Latin phrase tempus fugit was from the Roman poet Virgil who wrote: Sed fugit interea fugit irreparabile tempus, singula dum capti circumvectamur amore, which means, "But meanwhile it flees: time flees irretrievably, while we wander around, prisoners of our love of detail." We generally use the phrase to mean “time flies”; one of the most common expressions in American English and certainly one of the most apt in these times.

The printing business, including of course the envelope printing business has changed a lot over the past 20 years.  When I started in envelope sales in 1988, my company was still making rubber plates for flexo printing. All offset printing had to start with film which was cut and “stripped” to a “flat” that was then used to burn the image onto the printing plate.  The phrase “camera-ready art” was still widely in use. Today when you hear someone say that, to put it charitably it indicates they’ve been in the industry for a while.

While the pace of technology-driven change in printing is probably not as great as in many other fields, it has had the effect of accelerating the production process. Increased productivity has been a good thing; allowing us to produce more in less time and thus stay competitive and viable. However it’s also increased the customer expectations for quick turnaround on most jobs. Another indication of someone who’s been in the industry a long time is when they mention the fact that getting two or three weeks to deliver a print order used to be fairly commonplace.  Ah yes, the “good old days”!

With so much of the commercial landscape catering to the customer’s demand for instant gratification, there’s no way for printers and envelope manufacturers to escape. In order to survive, we must be able to pivot quickly and adapt to this reality. There’s something to be said for the notion that a quality product takes time to produce. That’s still true as far as it goes. It’s also true however that you’d better be able to make that quality product in as little time as possible in order to win the order.

The advent of digital technology has allowed printers to produce reasonably high quality process printing in a shorter time frame by eliminating the lengthy pre-press process. In the world of envelope printing, where the vast majority of the jobs are still printed either flexo or offset, this is not as easy. At Elite Envelope, we have analyzed each step of the manufacturing and printing processes in order to make them as efficient as possible. We also make full use of direct-to-plate set up which has saved us lots of time on the front end.

Ultimately, instead of grousing about it, we need to embrace this trend in our industry and take it as a challenge and impetus to work a little smarter and be more productive. In order for the printing and envelope industry to survive, there is no other way.   Don’t allow your company to become a “prisoner of the love of detail”. Virgil would approve!