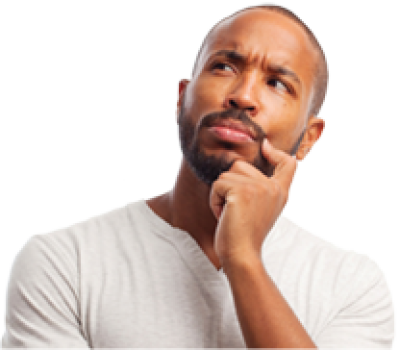 The world of print buying which includes envelope buying has its own set of terms which are sometimes not easy to figure out.  Many people who find themselves assigned the task of buying print and paper are often confronted with sometimes inscrutable language thrown at them by vendors who are not considering their audience.

One of my pet peeves in general is the use of jargon especially in business and government.  Sometimes specialized terms are necessary in certain situations, for instance in certain technical applications.  The digital revolution of the past 25 years has meant that most of us had to learn about things like RAM and gigs.  It’s just part of the evolution of things.

However, I suspect that sometimes people use terms in which only a select group are familiar either by habit or perhaps as a way to make themselves look important.  After all, if you don’t know what X, Y or Z means then you’re just not as informed as you should be and I have something over you, right?

Well, having gotten that off my chest, back to envelopes and print buying!

Here are a few things you might hear or read in a quote with a quick explanation:

OS & OE - These are abbreviations for “open side” and “open end”.  In the envelope world, open side means the opening (or flap side) is on the side of the envelope that has longer dimension.  So, for instance, a 9 x 12 open side envelope means the flap is on the 12 inch side. This is also called “booklet style” (don’t ask me why).  So open side and booklet mean the same thing.  Open end means the opposite; the opening or flap side is on the shorter dimension side of the envelope.  So that same 9 x 12 envelope listed as an OE would have the flap on the 9 inch side.  Open ends are also called “catalog style” (again, don’t ask) – same thing.

These terms are useful, even essential when describing what you’re looking for.  I can’t tell you how many times a buyer has said to me, “the flap is at the top of the envelope”.  “Top” is obviously a relative term.  Using either open side or open end as descriptors eliminates all question and confusion.

Note:  one thing to watch out for is that “OE” sometimes will mean “outgoing envelope”.  In this context it describes the envelope that is mailed to the customer usually with a return envelope inside.  You’ll generally only see that used in quote requests. It doesn’t refer in any way to the size or construction of the envelope.

Window Measurements – This is an area that often causes confusion between buyers and vendors.  There’s a certain method which envelope converters use that tends to eliminate confusion.  You might see this wording in a quote for a custom window envelope:  “Window measures 1-3/8” x 4”, ½” L, 7/8” B.”

The 1-3/8” x 4” describes the overall size of the window; width (north/south) first and length (east/west) second.  The second group of numbers describes the position of the window.  Window position is always described by the distance from two edges of the envelope in question.  The letter L simply means “Left”. In the example above, the window is placed ½” inch in from the left side of the envelope. The letter B means “Bottom”.  So in the example above the window is placed 7/8” up from the bottom of the envelope.  Envelope converters will ALWAYS measure and describe windows in this fashion. The only thing you’ll have to take into account is that the flap of the envelope has to be on top as you’re doing the measuring.

There is one exception to this which refers to what is called a “Vertical Window”.  I’ll get into that in the next blog post.

In the meantime, feel free to pose any questions about this or any other envelope terms you might find confusing. I’ll be happy to answer any of them. No charge!