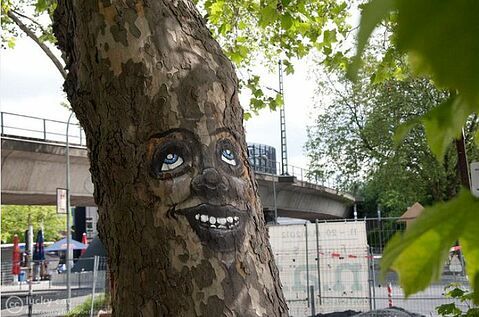 At the end of my e mail signature is the line “Feel free to print this e mail. Paper is a renewable resource”.  More than a few people have commented on that and every comment has been in the “atta-boy” category.  Now admittedly, the audience for my business e mails, comprised overwhelmingly of people in the business of making and buying printed products on paper, is not exactly a representative sample of the general population.  But those of us in the envelope converting, direct mail printing, and paper and printing industries in general have been unfairly maligned over the past twenty years or so for doing something that is supposedly bad for the environment so it’s time for a little push-back.

The notion that not using paper somehow “saves a tree” has become a persistent canard.  The argument goes something like this:  paper pulp is made from wood which comes from trees. So, the less paper used, the fewer trees cut down. Now this is obviously true but like many simplistic and tendentious arguments, it omits many salient points. The most obvious omission is that trees are not a finite resource. When one is cut down, another seed can be planted.  If you own a paper company and your business relies on a regular supply of trees for wood pulp it’s in your interest to ensure that for every tree used, another one or more is growing to take its place.  And while trees can be beautiful and decorative and necessary for the ecosystem, they are also susceptible to disease and blight and will eventually rot and die on their own.  The financial incentive to grow and maintain healthy new tree stock for paper companies is a strong one.  It’s not a coincidence that forests owned by these companies are among the most productive and best managed on earth. You rarely if ever hear of wildfires affecting them.

The demand for paper in the marketplace ensures that these forests continue to flourish and are maintained for the purpose of growing trees.  If less paper is used, many of these wooded areas will be leveled for development of some other sort. So it’s not at all certain that by not using paper, you are “saving a tree”. In fact, the opposite may be true.

Have you ever heard anyone making an argument that not eating fruits and vegetables “saves” an apple or a tomato?  Neither have I. Doesn’t the same logic apply there?  We grow crops season after season in order to supply food to nourish our bodies. Some of this farmland was probably forest land before it was cleared to grow crops.  And yes, I understand that unlike food, paper use is somewhat discretionary. But paper plays an important role in our lives in education and commerce in general.

And speaking of forest land, it’s a fact that there are more trees in the US today than there were a hundred years or so.  And a recent study estimated that there are over three trillion trees on earth which was a 750 per cent increase over previous best estimates.  Oops!

There is a certain positive social cachet associated with being seen as environmentally conscious.  Corporations eager to be seen in this light by customers have rushed to embrace green issues often as a justification for doing what’s in their financial interest.  Examples of this abound.  For years banks have been suggesting that their customers “go green” by getting their account statements sent on line.  Saying, “get your statements on line and help us reduce our costs and improve our bottom line” just doesn’t have the same impact.

The ubiquitous message below so many e mail signatures imploring us to not print the e mail is part of this desire to be with the spirit of the times.  I don’t necessarily disagree with the sentiment.  We shouldn’t print things for no reason. These days there are fewer reasons to print documents and printing something unnecessarily is a form of waste which should be avoided.  However, the premise underlying this message, as I’ve suggested, is not correct and perpetuating false information should also be avoided.

One organization that’s taking it upon itself to correct these false impressions is Two Sides based out of Chicago.  Their website provides a trove of information on the topic of paper and the environment and is very useful in putting these matters in their proper context.  The President of Two Sides Phil Riebel will contact individuals and companies who use these messages in their PR and provide them with information that, in some cases, has changed minds.  As their name implies, Two Sides takes a light and logical approach to the debate which I believe is more effective in the long term.  No point in countering one heavy-handed message with another as emotionally satisfying as that might be.

Two sides brings to the argument balance which in all things, including nature, is essential.